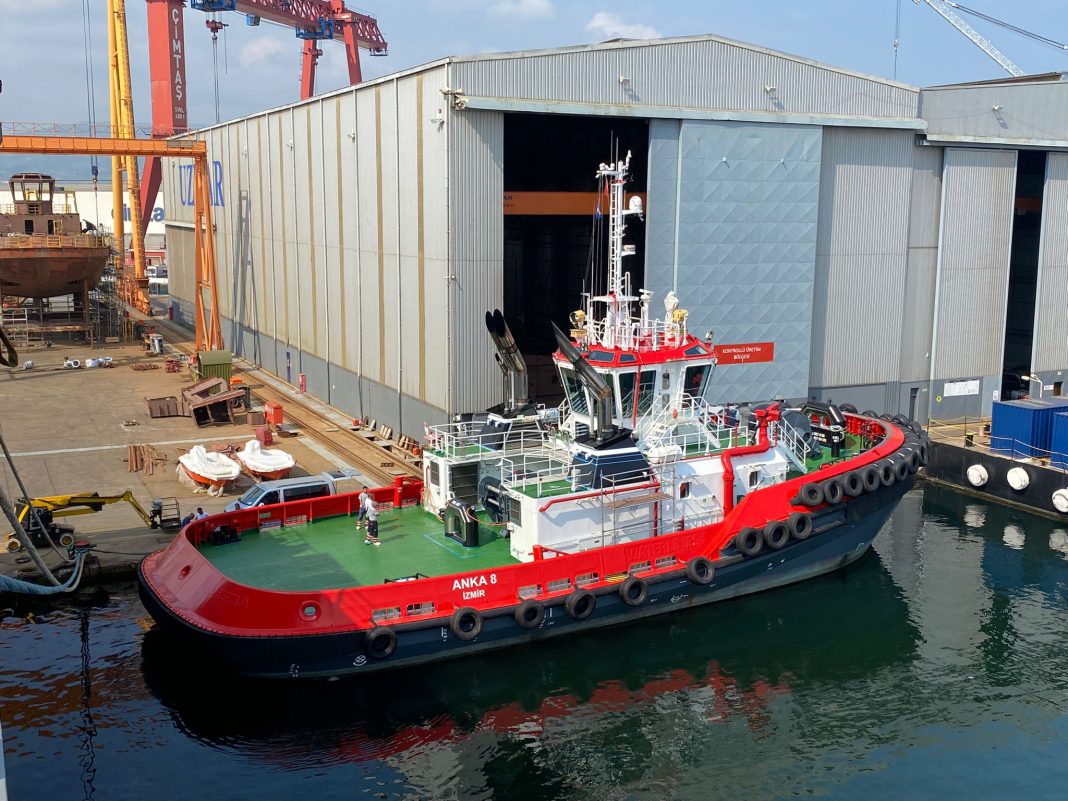 Wagenborg Towage has acquired an 80-tonnes bollard pull ASD 3280 tug from UZMAR fleet. With this new tug, Wagenborg strengthens her position in the towage market in the Eemshaven and ems region.

The delivery agreement was signed on 17 August at UZMAR Istanbul Office and the tug left Turkey for Eemshaven on 21 August.

Formerly known as ‘Anka 8’, the tug will be named ‘Waterlines’ and will be the largest tug in the fleet of Wagenborg Towage, currently comprising six tugs mainly operating in the Netherlands and Germany.

The 80-tonnes bollard pull tug was built in 2020 by UZMAR Shipyard in Turkey and delivered to UZMAR Fleet to operate at Istanbul Ambarlı Port. The ASD 3280 Tug is highly maneuverable and high-performance with a modern design. Thanks to her operational flexibility, the tug can be used for port and terminal (un)berthing operations, escort operations, fire-fighting operations, along with coastal and offshore towing operations.