AISTER partner in RESURGAM, an R & D project to transfer its FSW (Friction Stir Welding) expertise in aluminium to steel 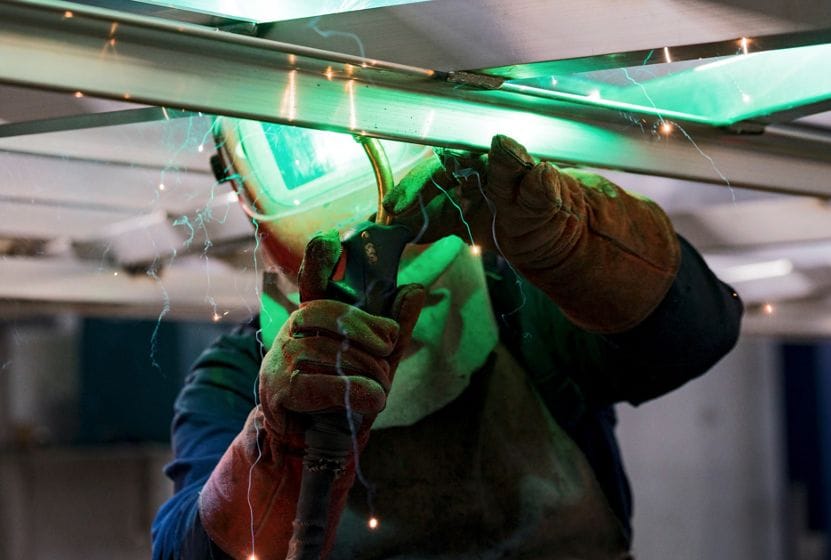 The history of shipbuilding is written with the use of new materials and techniques that have allowed the materialisation of increasingly complex and safe ships. AISTER is part of a new chapter in the future of this industry with its participation in the European RESURGAM project.

Quality is a fundamental pillar in the shipbuilding industry, and this project aims to provide the ship’s hull with greater quality and strength by using the Friction Stir Welding (FSW) technique instead of conventional welding. This method allows the joining of materials without deformation, as the melting point of the metal is not reached.

AISTER is committed to innovation and development and has been involved in more than 30 R&D projects in recent years. In the case of RESURGAM, it will contribute its know-how in the use of Friction Stir Welding in aluminium, with which it has been familiar for two decades, but it will also allow it to continue to deepen the behaviour of these processes and these metals.

This technology is currently used in sectors such as aeronautics, where the thickness of the sheet metal is less than 3 millimetres. The aim of the project is to develop a technique for greater thicknesses, which would make it possible to obtain very high quality joints without deformation. It would be useful both for construction in panels where the finish is critical, such as in the mega-yacht sector; or in on-board repairs, which would avoid the use of flammable gases that could lead to safety problems. During the project, tests will be carried out with developers of this technology on small structural modules of steel ships, which is where AISTER’s involvement will lie.

The project started on 1 February this year and is scheduled to end on 31 January 2024. Coordinated by the European Federation for Welding Joining and Cutting (Belgium), it has an overall budget of 6 123 140 euros, of which the European Commission is contributing 5 012 586.13 euros.

What is Friction Stir Welding?

While the use of FSW for aluminium is widely developed, as the melting point is around 600 degrees, a new technique is required for steel as it does not melt until 1500 degrees. This is the challenge facing the project partners.

Through the use of an adapted milling machine, the metal is made malleable enough for joining by mixing the steel, but without stressing the material. This results in perfect pieces, without bending or porosity, a latent enemy in any construction process. The finish is perfect, with exquisite flatness and no deformation.

AISTER can look back on two decades of experience with Friction Stir Welding. The first approach to this technology was a refit of a passenger catamaran, where the superstructure was brought from Norway with FSW panels. This gave the company its first insight into this technology (FSW) and the result and quality it brings to the construction.

Between 2006 and 2009, AISTER collaborated with the AIMEN technology centre to learn more about this technique and adapt a numerical control milling machine to be able to friction weld aluminium parts.

AISTER’s latest work for Freire Shipyards (buildings 720 and 724) has incorporated the use of FSW welded aluminium panels.