Turkish Coastal Waters to be Protected by Domestic Design Boats 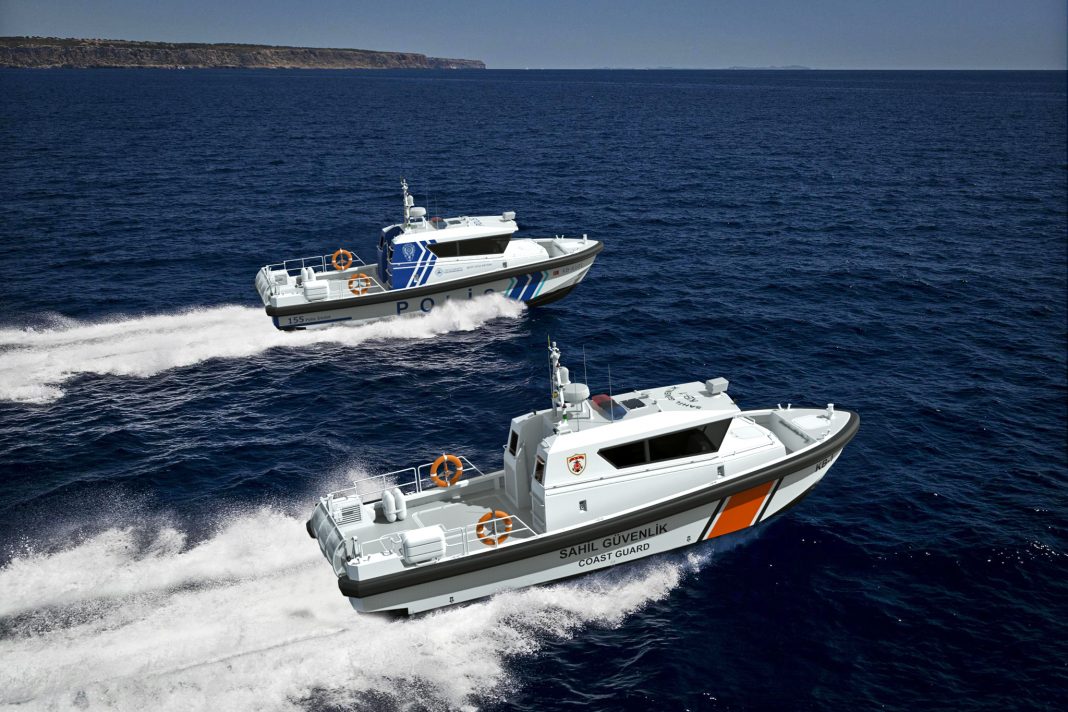 ARES Shipyard will produce 122 boats for the Coast Guard. The boots, which will be 100 percent domestic and national design, will be delivered in 6 years.

The safety of the sea on three sides surrounded by the sea in mainland Turkey will be entrusted to the Turkish-made boots. ARES Shipyard will produce boats to be used by the Coast Guard Command and the General Directorate of Security. The design of the boots will be 100 percent domestic and national. 105 of the produced boats will be allocated to the Coast Guard Command and 17 to the Police General Directorate.

Boats will be specially designed for Turkish territorial waters

The boats will be produced according to the needs of the Turkish Coast Guard. For this reason, Turkish-made boats will play an important role, especially in preventing illegal immigration.

“We start our production activities as of August. We will deliver the prototype ship as of December 2020. The prototype ship will be tested by the Turkish Coast Guard Command teams for 2 months in the Black Sea, Aegean, Mediterranean and Marmara, all our seas, all our territorial waters. . “

Will be a record

Mass production of the boots will begin next year.

“Delivery of 6 boats every 2 months will be on the agenda. This means about equipping and launching one boat every week. This will be a record in the history of shipbuilding in the world.”

All 122 boats produced for Turkish territorial waters will be delivered to the relevant institutions within 6 years.