Rescue-13 Tugboat Built for the General Directorate of Coastal Safety is Delivering! 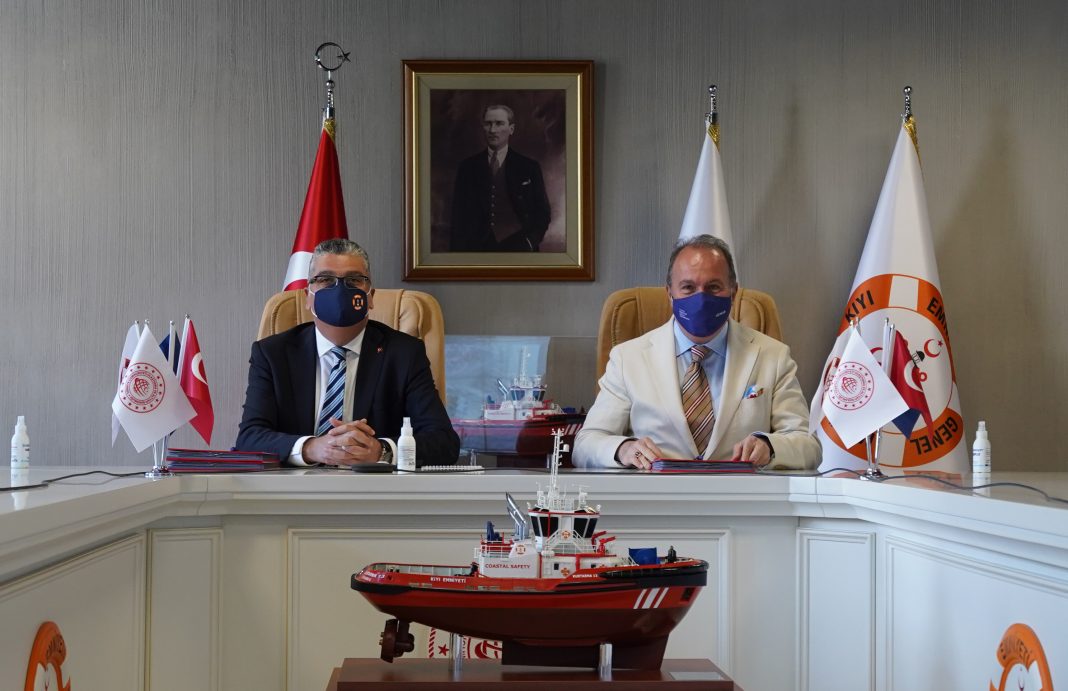 Considering the pandemic conditions, the Signature Ceremony was held with a limited number of KEGM Admissions Committee members and officials from the UZMAR Shipyard. Developed by UZMAR Shipyard to increase safety in the Turkish Straits and to ensure the safety of life and property, Rescue-13 tugboat has the highest maritime and maneuvering performance of its class in the world class.

Speaking after the signature of the protocol, Mr. Durmuş Ünüvar thanked the KEGM and UZMAR Shipyard teams who contributed to the project. Stating that the Rescue 13 and Rescue 14 Tugs construction project is one of the projects they are most satisfied with so far, General Manager Durmuş Ünüvar said that they wish to continue their cooperation with UZMAR in the future, and with the delivery of the Rescue-14 Tugboat, the Coastal Safety fleet has world-class tugs with superior maritime capabilities. He added that they would be. Stating that their primary duty is to be prepared for accidents and dangers that may occur in the Turkish Seas, Durmuş Ünüvar emphasized the importance of their contribution to the Coastal Safety fleet in terms of ensuring safety in our seas with their emergency response capabilities.

In his speech, UZMAR Chairman of the Board A. Noyan Altuğ stated that they are proud to be able to realize such an important project for KEGM, one of the most valuable institutions of the Ministry of Transport and Infrastructure, and that this project is a prestige project for them. Adding that UZMAR will always be with KEGM within the scope of lifelong support services after the delivery of the two sister tugboats, A. Noyan Altuğ said that they have carried their worldwide expertise in the construction of RAstar 3200W series tugboats further in the KEGM project, and that their maritime capabilities and equipment are of the highest standards. He added that he believes that these tugs will provide the security of our seas in the best possible way.

Rescue-13, along with the tugboat Rescue-14, whose tests and experiences have begun at UZMAR Shipyard, will undertake important tasks in ensuring the security of the Turkish Straits by the General Directorate of Coastal Safety.