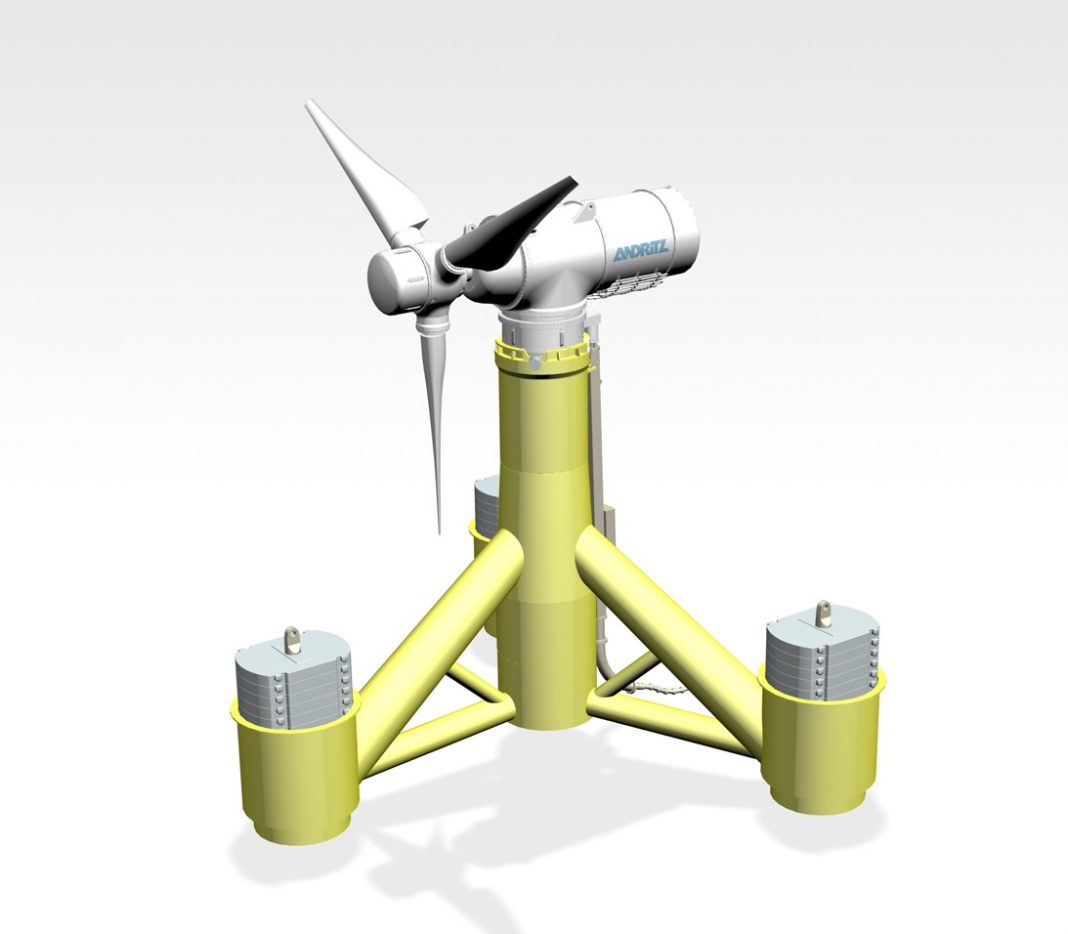 (Chubu) and Kawasaki Kisen Kaisha (“K” LINE) to develop the first phase of the Uisce Tapa tidal in the Bay of Fundy, Nova Scotia.

The Bay of Fundy is home to some of the highest tides in the world, with tidal currents capable of exceeding 10 knots (5 m/s) at peak surface speed. The turbines selected to harness the powerful resource at the site are a new iteration of the 1.5 MW Andritz turbines that were supplied to the MeyGen project in Scotland. These world leading turbines will deliver predictable renewable power with an operational design life of 25 years.

The project holds a 15-year Power Purchase Agreement (PPA) of $530/MWh awarded under Nova Scotia’s Marine Renewable Energy Act and is the recipient of a $29.75 million grant from Natural Resources Canada under their Emerging Renewables Power Program.

The project at the Fundy Ocean Research Centre for Energy (FORCE) site is already well advanced and testing is underway for the project’s environmental monitoring platform being developed together with the Offshore Energy Research Association (OERA) under their Pathway Program.

The monitoring platform will be deployed at the project site this summer and subject to regulatory approval and final investment decision by the parties, the first of the turbines is scheduled to be installed and commissioned in 2023.

After completion of the first phase (3 x 1.5MW turbines), the power generation capacity is planned to increase to 9MW in the second phase. The Uisce Tapa project will be a significant and scalable first step to achieving the province’s Marine Renewable Energy Strategy target of 300 MW of in-stream tidal energy. The target would see tidal energy supplying 10% of the province’s total electricity demand.