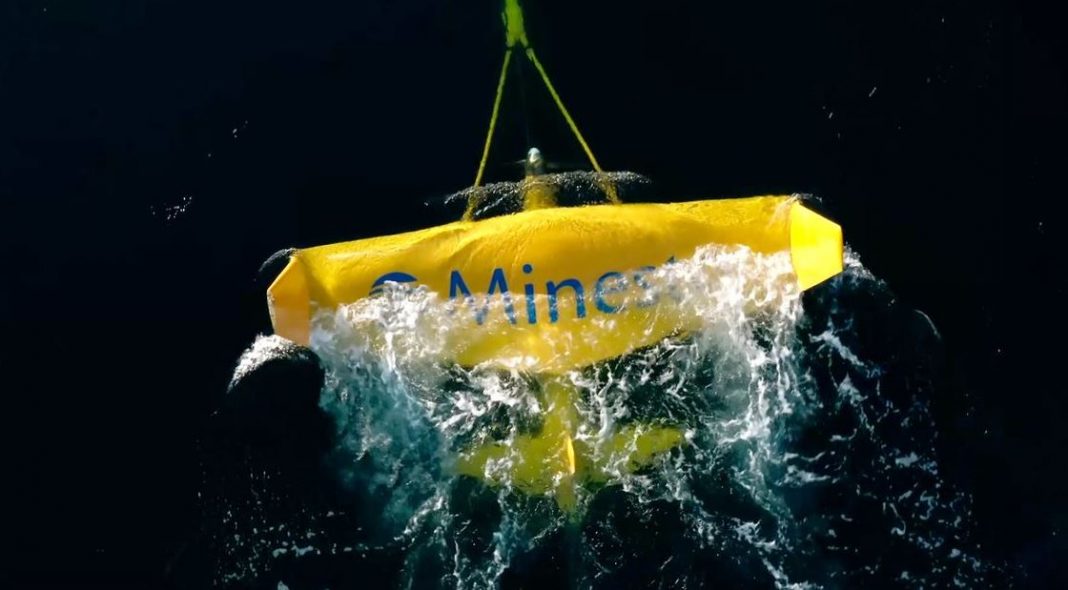 Leading marine energy developer Minesto has signed a two-year extension of its Power Purchase Agreement (PPA) with the electric utility company SEV for Minesto’s tidal energy site in Vestmannasund, Faroe Islands. In addition, a site extension analysis concludes that the current 200 kW Vestmannasund site has merits for expansion to a 4 MW commercial array.

“It is of great importance to Minesto that our collaboration with SEV is extended and expanded. We have a mutual commitment to a continuation of the ongoing operations in Vestmannasund and to bring tidal energy at grand scale to the Faroe Islands’ grid mix. This PPA extension is a strong signal of support from SEV in our mission – we are in the Faroe Islands for the long run”, said Dr Martin Edlund, CEO of Minesto.

The PPA with SEV was first signed in February 2020 and comprises up to 2.2 MW installed capacity of Minesto’s ocean energy technology in the Faroe Islands. The first phase of collaboration between Minesto and SEV, to integrate tidal energy through Minesto’s Deep Green technology in the Faroe Islands, has focused on an EU-funded project where two grid-connected DG100 systems have been installed and operated in the Vestmannasund strait.

As part of the final delivery of that project, a site extension analysis concludes that the Vestmannasund site has merits for a commercially viable smaller array of up to 4 MW.

“In addition to the proposed larger 10+20 MW site in Hestfjord, where we have completed site measurements and work to optimise array design configuration, the same analysis of the Vestmannasund site shows more favourable conditions for upscaling than previously known. This strengthens our project portfolio with another commercial opportunity for an early – or even first – array build out of Minesto Deep Green systems. Combining that opportunity with the current DG100 site in Vestmannasund is a very compelling path forward to drive down cost of energy for our unique product”, said Martin Edlund.

“We are pleased to hear about the progress in Vestmannasund over the last year and are looking forward to continuing our collaboration with Minesto to unlock the predictable power of tidal currents”, said Hákun Djurhuus, CEO at SEV.

Minesto is a leading marine energy technology company with the mission to minimise the global carbon footprint of the energy industry by enabling commercial power production from the ocean.

With more than €40 million of awarded funding from the European Regional Development Fund through the Welsh European Funding Office, European Innovation Council and InnoEnergy, Minesto is the European Union’s largest investment in marine energy to date.

Minesto was founded in 2007 and has operations in Sweden, Wales, Northern Ireland and Taiwan. The major shareholders in Minesto are BGA Invest and Midroc New Technology. The Minesto share (MINEST) is traded on Nasdaq First North Growth Market. Certified Adviser is G&W Fondkommission, email: ca@gwkapital.se, telephone: +46 8 503 000 50.

Read more about Minesto at www.minesto.com