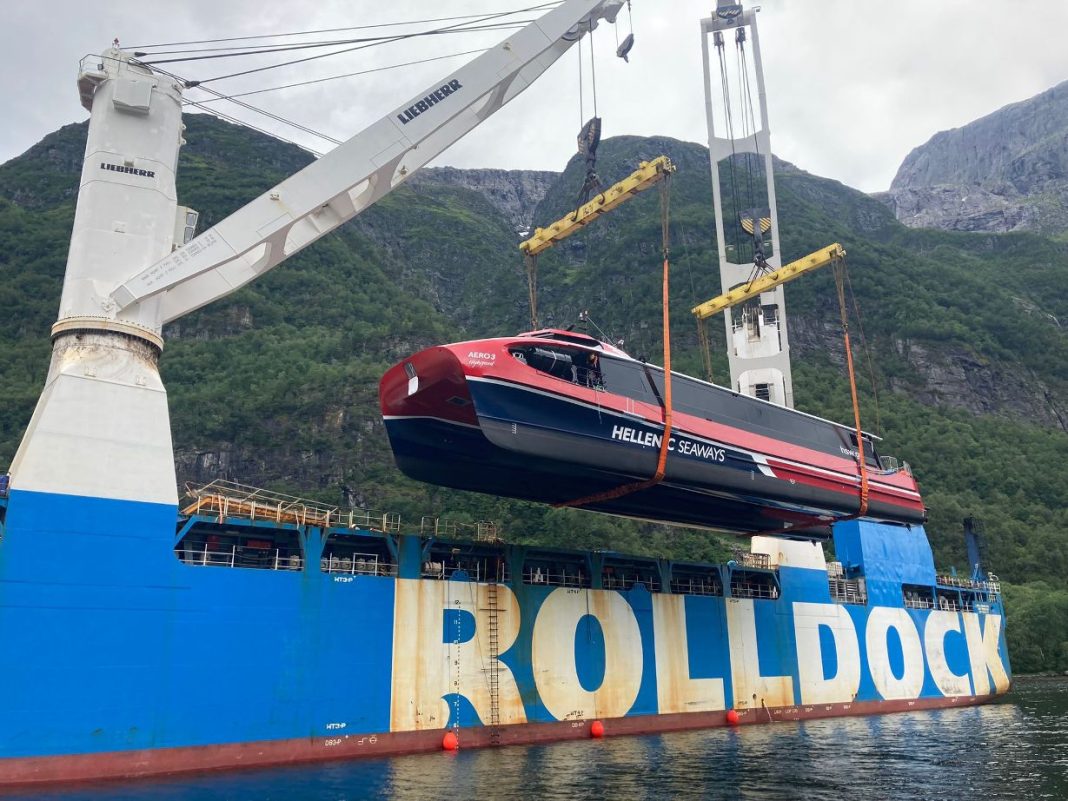 World-leading global Freight Forwarding specialists Peters & May has continued to strengthen during the first six months of 2022 despite market challenges caused by the ongoing impact of Covid-19 and the conflict in Ukraine.

The Peters & May marine team, headquartered in the UK and represented by ten offices worldwide, has overseen just short of 1500 yacht shipments so far this year and its sales teams are already busy with requests coming in from clients, private individuals and charter companies for shipments in 2023.

In response to the continuing high volume of work, Peters & May has expanded its UK sales team with the appointment of Cassandre Avery. Avery’s career with Peters & May began in 2017 in the charter and operations department. With years of experience and knowledge in pricing and charter shipments, her role has expanded to support and strengthen the existing sales team.

The Peters & May Racing Yacht Transportation team has experienced an exceptional year so far, with the highlight being getting RED Bull Alinghi Racing’s newly acquired boat and associated gear to Spain for the build-up to the next America’s Cup, and continued movements around the TP52 Super Series.

The easing of restrictions to counter Covid-19 has clearly enhanced Peters & May’s clients’ need to travel and be active once more. However, the impact of the pandemic on economies is still being felt, global price rises largely caused by the conflict in Ukraine have been a hindrance, and there have been limitations with the availability of ships to carry Peters & May cargos. The team has done an exceptional job under difficult circumstances.

Demand for the company’s freight forwarding services, which offer tailored solutions anywhere in the world via air, sea, or road, continues to grow, with a 40% increase in shipments during the first six months of the year. To ensure service levels are not compromised, the company has invested heavily in recruitment to support the current and planned growth of this division. With further changes to the UK customs landscape planned later this year, Peters & May’s in-house Customs Manager and dedicated customs team remain well placed to support the UK marine supply chain navigate and trade with the EU.

Peters & May Chief Executive Officer, Simon Judson, said: “I am very pleased with the recent developments of the company. We are working better than ever before as a team with a focus on transparency and heightened communication across regional offices. I am a strong believer that well-cared-for staff are the key to the success of any business. At P&M the average employment tenure across our 90+ staff now stands at over 10 years. I think that speaks for itself in the commitment to the high-quality service levels and expertise offered at P&M and what we have been offering customers over the last 40-plus years”

“Next year we will pass a major milestone as 2023 marks the 50th anniversary of the founding of Peters & May. We are incredibly proud of our heritage, how we have grown and developed over the years to where we are today.”

Peters & May’s commitment to the decarbonization of all its operations, while continuing to provide the best value to its clients, was demonstrated earlier in the year when it received an enquiry from Golden Cargo concerning the transport of three aluminium, light construction carbon fibre ferries from their builder, Brodrene AA in Hyen, Norway to their new operator, Hellenic Seaways in Piraeus, Greece

Global Technical Director, Paul Elsom, said: “With this commitment in mind, instead of fulfilling this transport with more than one trip, we decided to look at using the state-of-the-art Rolldock Sky heavy cargo vessel with one of the ferries stowed below deck level and the other two above. It would take a bit of maths to get all three aboard securely, particularly as they all had to be tandem lifted, but this is what we do and successfully moving the three ferries in just one trip would save carbon from the atmosphere and costs for our client.”

With the boat show season now upon us, Peters & May will be maintaining its high profile as the world’s leading yacht transportation specialist, by attending events in Cannes, Southampton, Genoa, La Rochelle, Monaco, Annapolis, Fort Lauderdale, Abu Dhabi and Paris.

“We have just returned from Cannes Yachting Festival which was a hugely successful start of the show season for Peter & May,” said Simon Judson. “We had a strong presence there and I was delighted to be joined by representatives from our offices in Singapore, Dubai, Italy, France, Germany and our UK head office.”

Peters & May is now focused on the run into the end of 2022 and starting to look at 2023, but despite a successful first half of the year, remains conservative in its estimations of future business, mindful that the global economy is at present under stress.

Looking towards the future, Peters & May will continue to focus on providing a personal service by delivering bespoke logistic solutions through its stringent process, meticulous planning and high attention to detail while continuing to invest in people and technologies to ensure it provides an unrivalled service for its clients.

Peters & May Responds to Continued Demand from Asia