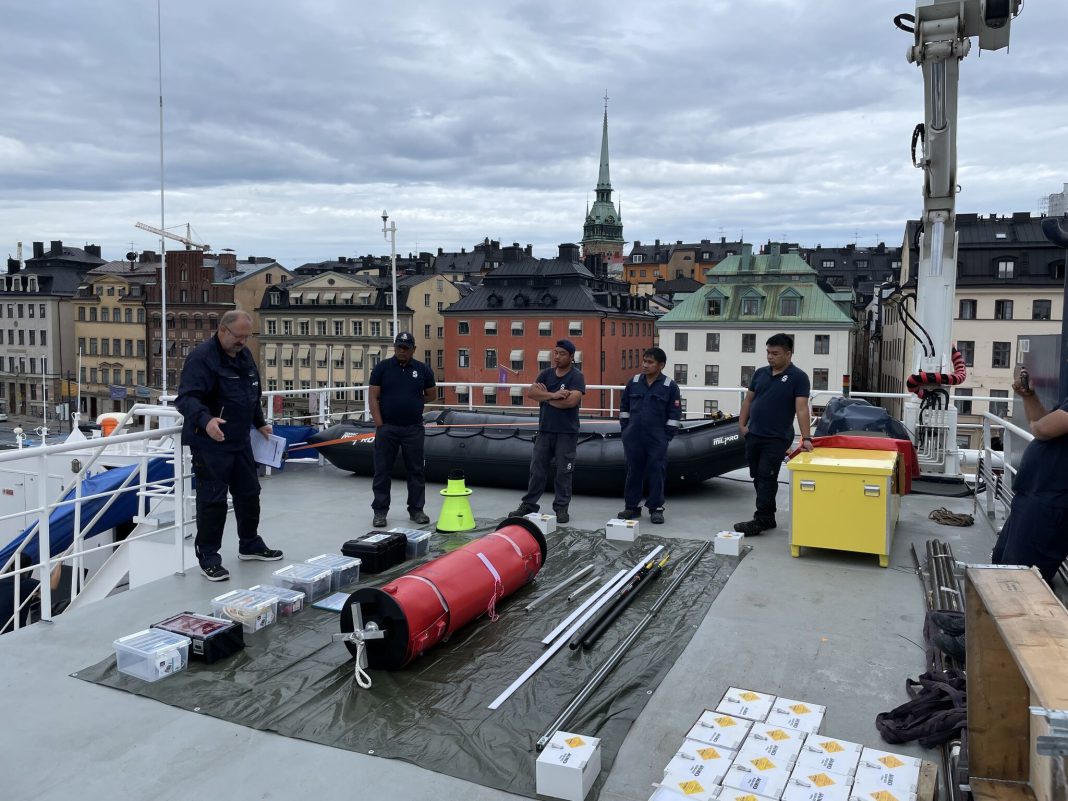 In Stockholm, Sweden in mid-August may look like one of those moments when a furniture flat pack has been opened and you are wondering what to do next. In this case, however, it was a very different exercise. Salén Ship Management has just purchased a Miko Marine Polar Kit for carriage aboard its expedition cruise ship Hebridean Sky. Part of the deal included Miko conducting a crew training session to get them familiar with how a Polar Kit is used in an emergency. With the kit opened onto the deck John Gunnar Refsnes from MikoMarine can be seen explaining its component parts.

The kit was unlike anything the crew had worked with before as it is a system developed by Miko to enable a hole above or below the ship’s water-line to be sealed by the crew even in the coldest polar seas. Featuring a large rolled-up magnetic patch, the system enables crew members in a small boat to un-roll it over a hole where the ship may have been punctured by ice. The Hebridean Sky is chartered to Noble Caledonia, a London-based travel company that that operates small ship exploration cruises to polar regions. Although it may never be used, a Miko Polar Kit will reassure cruise ships passengers that if the ship is accidentally holed by hard polar ice, Noble Cruises is one company that has an answer to the problem.