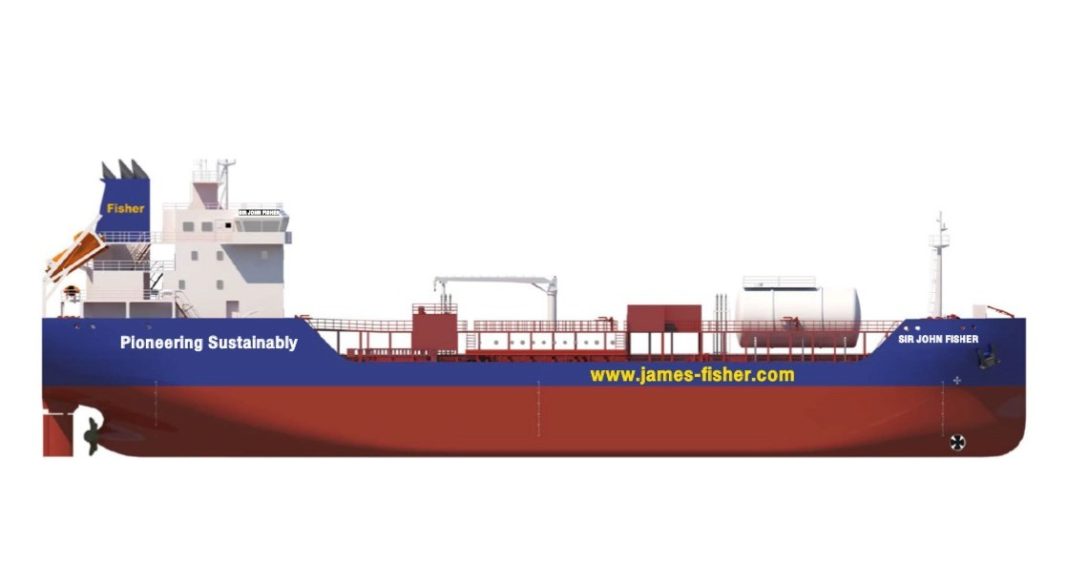 The deal will see Ohio-headquartered APC supply its MarineLINE® tank coating to the SIR JAMES FISHER, a new LNG-powered dual-fuel 6,000-dwt chemical tanker the company is building at China Merchants Jinling Shipyard in Yangzhou. The ship is the first of two James Fisher is building at the yard, the second ship being named the LADY MARIA FISHER.

APC said it will begin the project in June and complete it by the autumn. The coating application will be led by APC’s Shanghai-based China office, with an experienced inspection and heat cure team and APC’s head office in Avon near Cleveland.

“APC is delighted to win this work with James Fisher and Sons plc,” said He Liangxing APC’s China manager. “We have a good working relationship with the shipyard, having applied MarineLINE® there before. We will apply MarineLINE® to the ship’s cargo tanks and provide comprehensive application inspection and heat curing services.”

“Over the last two decades, we have coated and repaired a vast range of different chemical tankers in shipyards across China,” he said. “We are very pleased to continue to work with a company of the pedigree of James Fisher and Sons plc and believe the quality of MarineLINE® and its broad range of benefits helped us win the work.”

The James Fisher deal marks a busy period in China for APC. As the project begins, APC is also starting to apply MarineLINE® on a fleet of 50,000 DWT medium-range tankers at the New Times Shipbuilding Co Ltd in Jingjiang City. The vessels are owned by China’s Shandong Shipping and chartered by Shell as part of its Shell Project Solar program. This deal follows the successful completion of an earlier contract with Shandong for APC to apply MarineLINE® to eight new 50,000 DWT MR product/chemical tankers for Shell’s Project Solar program.