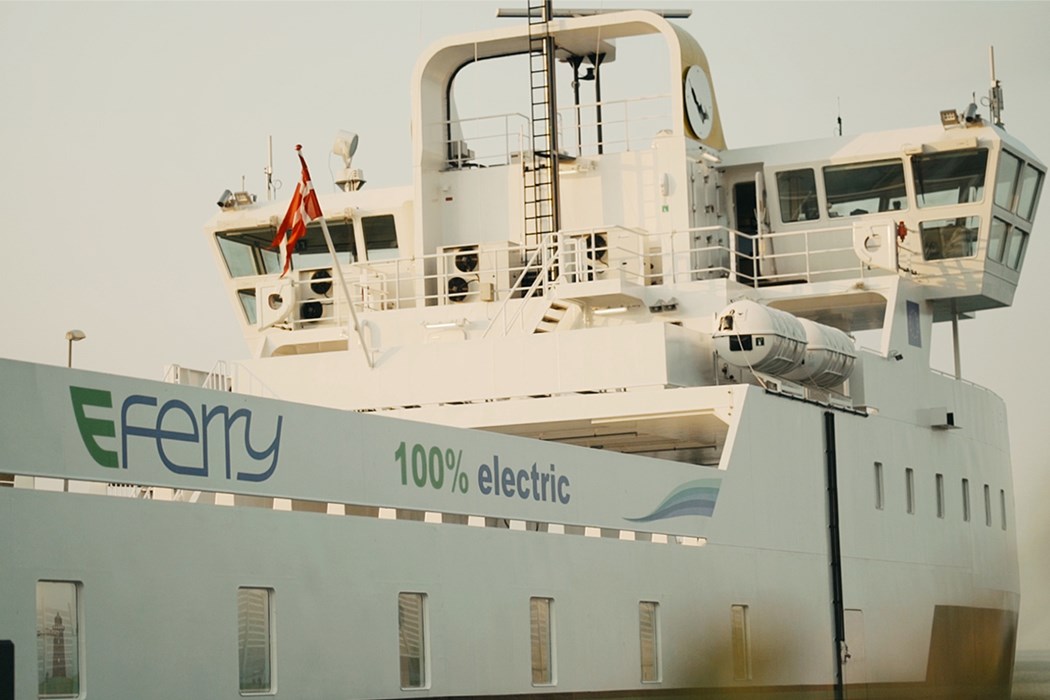 The islands of Ærø and Als in Southern Denmark are connected by Ellen, the longest ranging fully electric ferry in the world. Ellen set a new world record on June 9 just outside the windows in Sønderborg, Denmark, where leaders from industry, government, and civil society joined the International Energy Agency (IEA) for the 7th Annual Global Conference on Energy Efficiency.

On her return from the conference, where participants explored how international ambition on energy efficiency can be translated into faster and stronger real-world progress, Ellen reached a total of 50 nautical miles – 92 kilometers – on a single battery charge.

Senior Lecturer, Marstal Naval Academy, Denmark, Henrik Hagbarth Mikkelsen, who helped specify the technical solutions for the ferry during its design-phase, was on-board for the trip:

“The 92 kilometer trip on a single battery charge is the longest planned distance for an electric ferry able to carry both passengers and vehicles to date anywhere on the globe. We are talking about a clear record. On its normal, daily trips, the ferry sails 22 nautical miles, or 40 kilometers, from harbor to harbor before recharging.”

Ellen does not emit carbon and operates at 24 percent lower cost than a new diesel ferry. She started sailing in 2019. Danfoss has supplied electric Editron drivetrains and propulsion motors for the ferry.

“Ellen is an excellent example of the future for electric transport. It’s cleaner, greener, and more efficient than her fossil fuel competitors. Electrifying maritime transport is a clear-cut way to reduce greenhouse gas emissions. And Danfoss has the solutions to build new electric ferries and to retrofit existing ones to electrify them with the potential to reduce carbon emissions all over the world.”

The Tech Putting A Zero Carbon Maritime Future In Our Grasp