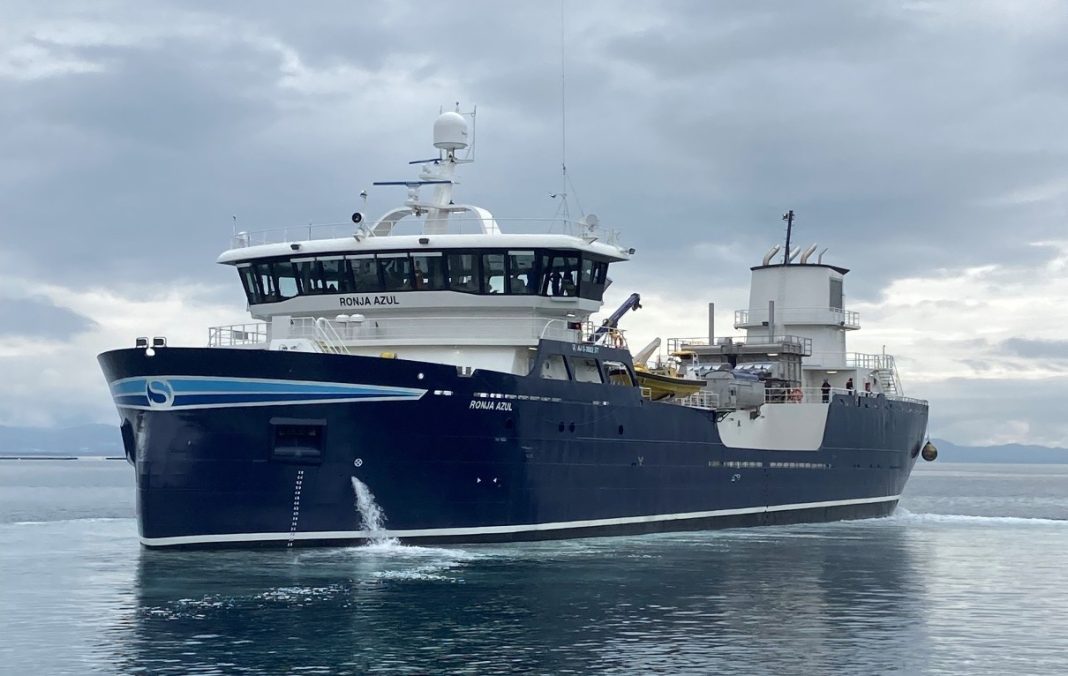 After successful sea trials, the Ronja Azul has entered service in the waters around the Sunnmørsfjorden. The vessel is sailing under the Norwegian flag for owner Sølvtrans AS. She is just shy of 77m long and 18m wide with a twin-tank design offering 3,000 meters3 of storage space which equates to around 450 tons of live fish.

YANMAR MARINE ENGINES – FRIENDLY FOR ENGINEERS TO LOOK AFTER

Propulsion comes courtesy of a Yanmar 6EY26W rated at 1,920kW at 750RPM. The vessel-operating speed is 13 knots. Ronny Uren is the technical purchaser at designer Aas Mek. Verksted. He says, “We have been dealing with Yanmar for years, the engines seem to last well in the marine environment. They are not too noisy, simple, cost-effective, reliable and friendly for engineers to look after them. In an application like this a medium speed unit is far more practical than a high-speed unit and the 6EY26W fits the bill well.”

This project marks another successful collaboration between Aas Mek. Verksted and Sølvtrans, who have worked together for a quarter of a century. This is the 34th new vessel delivered with an order for five more of the same capacity due for completion by the end of 2024.

Looking to the future, Uren predicts a greater interest in alternative fuels. He continues, “If you look at the marine market, engines haven’t changed that much in the last few decades, although they have become more efficient and more environmentally friendly. It’s the ships themselves that have changed, becoming more specific and tailored to their end use. However, in the future I predict more interest in fuels like methanol or perhaps hydrogen for zero emissions. As technology is being developed towards zero emissions, our ambition is to utilise this in our vessels. And within the next 5 to 20 years as the fuelling infrastructure evolves and engine manufacturers are ready to sell, we will be looking at zero emission engines and power plants for our vessels.”

This is not just wishful thinking. One of our subsidiaries, Yanmar Power Technology (YPT), is actively researching marine fuel cell technology with a view to launching into the market in 2023. In October last, Yanmar demonstrated the world’s first 70MPa high-pressure hydrogen refuelling of a ship in collaboration with Toyota, which supplied the fuel cell modules. It is a 300kW-class system which is refuelled with a specially licensed high-pressure facility and a newly developed prototype hose. The results are promising, with cruising time tripling compared to the previous refuelling method. The test route was around the island of the Osaka-Kansai World Exposition 2025 and other famous tourist spots on the city’s coast.