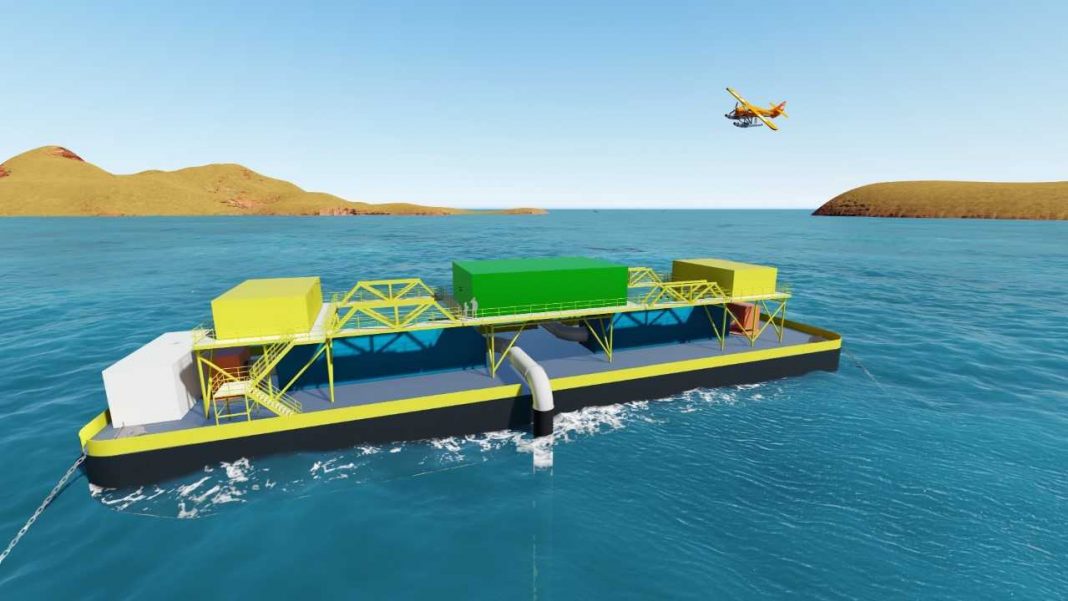 Marine-i has welcomed the news that Global OTEC Resources has entered into a partnership for the deployment of the world’s first commercial floating OTEC platform, which will be located in the Democratic Republic of São Tomé and Príncipe.

OTEC (Ocean Thermal Energy Conversion) is a process where solar heat energy stored in our oceans is extracted and turned into useful energy, such as electricity.

The Marine-i project provided grants and business development support to Global OTEC Resources to help accelerate the commercialisation of their technology. Part funded by the European Regional Development Fund, Marine-i is designed to help the marine technology sector in Cornwall and the Isles of Scilly grow through harnessing the full potential of research and innovation.

“São Tomé and Príncipe is a small island nation off the equatorial coast of Africa. Our technology has been developed with these smaller communities in mind. It is the perfect way to provide them with clean, affordable energy and reduce their dependency on fossil fuels. This project will be delivered via a Public Private Partnership between our company and SIDS DOCK, the Small Island Developing States (SIDS) Sustainable Energy and Climate Resilient Organization.

“Our breakthrough floating OTEC plant design stems from focusing efforts on small scale projects. Previous developers have attempted going the route of, ‘too fast, too soon,’ before having an operational grasp of the fundamentals of the cold-water pipe. Collaborating with leading riser manufacturers and scientists on the cutting-edge of subsea riser designs, we have a concept that reduces the technological and financial risk in deploying floating OTEC plants.”

The next stage in the project will be a prefeasibility study, which will be part-funded by the United Nations Industrial Development Organisation.

“This is a really exciting development. Ocean Thermal Energy Conversion technology is based on converting incoming solar radiation into electricity, and is continuously available in almost all ocean locations between the tropics. It therefore represents an unlimited source of baseload electricity for the blue-green economy. As a result, it could provide a major boost to the economies of small island states for generations to come.”