TECO 2030 reaches new milestone: Has been granted up to NOK 4 million in tax relief for carbon capture development 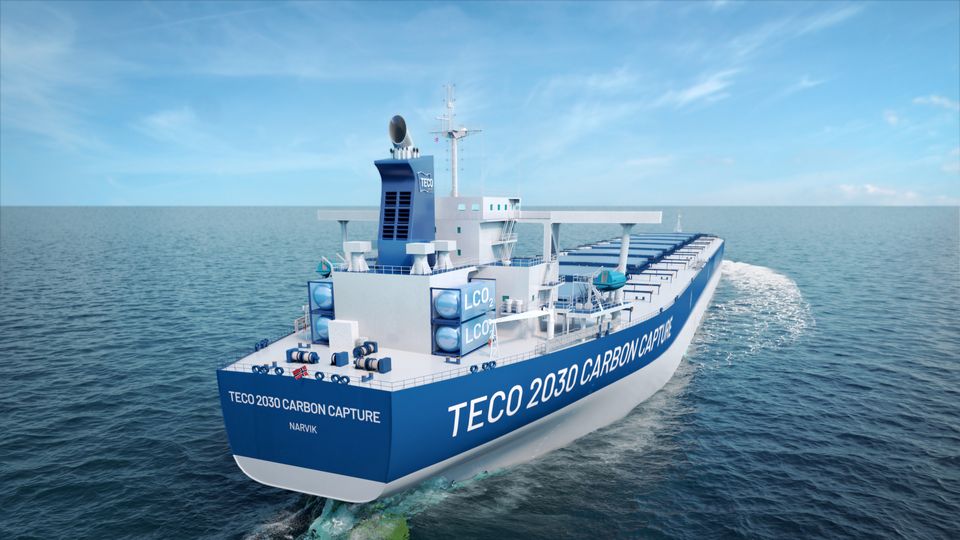 TECO 2030 has reached a new milestone: The company has been granted up to NOK 4 million in tax relief as indirect government support for developing solutions that will capture CO₂ in the ship exhaust and store it until the ship reaches port.

“We are currently in the process of developing technological solutions that will enable ships running on fossil fuels to reduce their emissions and become more climate-friendly by capturing the CO2 that they would otherwise emit with their exhaust gases,” says Tore Enger, CEO of TECO 2030 ASA.

“We are very pleased and thankful for the support we have now received from the Research Council of Norway to this end. The recognition of carbon capture as an emissions reduction technology for the maritime industry represents a milestone in our efforts,” Enger says.

The project that has been granted tax relief involves the development and testing of onboard solutions that can capture more than 90% of the CO2 in the ship exhaust. The tax relief granted to TECO 2030 under the Skattefunn scheme will cover 19% of the costs accrued in this project, up to about NOK 4 million over the project period of two years, 2021 and 2022.

TECO 2030 is developing carbon capture solutions for ships together with the American technology company Chart Industries, Inc. The solutions will separate the CO2 from the ship’s exhaust gases and store it in liquid form until it can be offloaded when the ship has reached port.

When offloaded, the CO2 can then either be permanently stored in geological formations underground or be put to beneficial use in CO2-consuming industries, such as the agricultural, industrial, energy, or food and beverage sectors.

Carbon capture technology has the potential to reduce greenhouse gas emissions from the shipping industry by more than 30% by 2050, according to DNV’s Maritime Forecast to 2050, which was published last week.

TECO 2030 is currently in the process of separating its carbon capture business unit into a separate entity fully owned by TECO 2030 ASA. The new entity will be known as TECO 2030 Carbon Capture AS and will be based in Narvik in northern Norway.

Green transition in the maritime industry

Ship-owners across the world will therefore have to do something to make their vessels more climate-friendly, and TECO 2030 will help them with that.

TECO 2030 is delivering technology that helps ships to reduce their environmental and climate impacts. In addition to carbon capture solutions for ships, the company is developing exhaust gas cleaning systems and hydrogen fuel cells for the maritime industry.

Hydrogen fuel cells are the engines of tomorrow and convert hydrogen into electricity while emitting nothing but water vapour and warm air. With the TECO 2030 Marine Fuel Cell, ships will be able to switch from fossil fuels to hydrogen and become emissions-free.